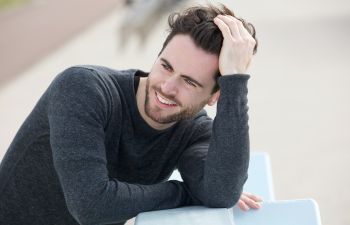 When you talk about men and nails, most people would assume you are referring to the type of nails you use with a hammer. After all, men (typically) don’t paint the nails on their fingers or visit a salon for nail pampering. However, fingernails and toenails on a man need proper care and attention just like they do on a woman. In fact, regardless of your gender, nails are an important part of your skin health and body health.

If you are man who rarely clips your nails, much less thinks about them, start by educating yourself. Guys, here are 10 facts about your nails:

While some of these nail facts are simply fun trivia, others are important to recognize for the sake of your health. If you are a man who has neglected his nails, start paying more attention. If you notice an unusual color or abnormal thickness, please see your dermatologist. Olansky Dermatology is proud to be your trusted source for male skin care in Atlanta.