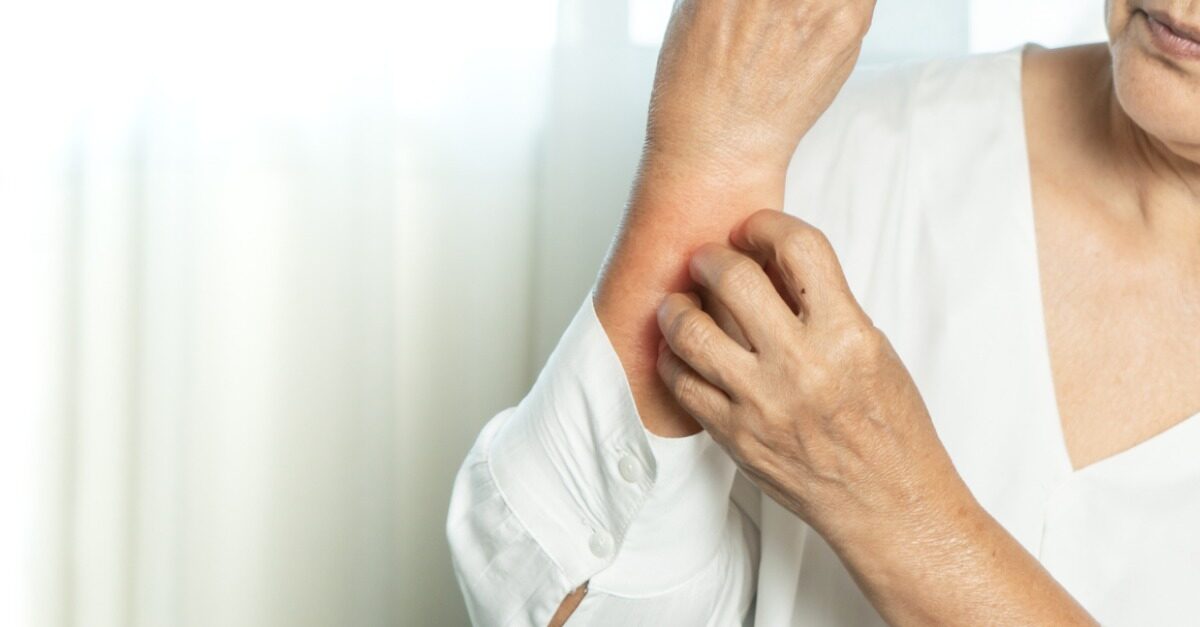 As with many types of microbes, some fungi do a body good, while others are not so helpful, particularly when they get out of balance. Under normal circumstances, the body’s immune system is pretty adept at attacking harmful fungi all on its own. But in some cases, a fungus can be hard for the body to defeat without medical assistance.

While being diagnosed with a fungal skin infection might be unsettling, it’s important to remember that fungal infections are very common and often highly treatable. Here are a few of the most-known fungal skin conditions, and how to eradicate them.

What It Is: A rash that typically develops in between toes and on the soles of the feet, causing redness, itchiness, and dry, cracked or flaky skin. According to the American Academy of Dermatology, this contagious rash is often contracted by walking barefoot in public areas. Minimize your risk by wearing sandals in gym locker rooms and at public pools, wearing breathable footwear, and washing your feet with soap and water daily.

How It’s Treated: Over-the-counter antifungal treatments can clear up most cases of athlete’s foot. If the rash persists, your dermatologist can provide a prescription medication to address the infection.

What It Is: Despite its name, ringworm is not caused by a worm but by a fungus. It creates a ring-shaped rash with elevated edges, usually found on your torso, arms, or legs. The highly contagious skin condition can be transmitted by pets, skin-to-skin contact, and used towels or clothing where the fungus may cling. Because it can thrive in soil, children and people who work outdoors can also easily pick it up.

How It’s Treated: Fortunately, ringworm is easily treatable with over-the-counter creams. In the case of scalp ringworm, a common infection in children, an oral antifungal prescription or medicated shampoo may be needed to clear things up.

What It Is: Known officially as onychomycosis, nail fungus is a variety of athlete’s foot that affects both toe and fingernails. It may start as a white or yellow spot which spreads until the nail becomes thick and discolored, possibly with brittle edges. Increased risks for nail fungus include:

How It’s Treated: When nail fungus isn’t producing any uncomfortable symptoms, it may not need treatment. If it becomes unsightly, painful, or there’s concern the fungus could travel due to a weakened immune system, there are a few treatment options your doctor may recommend, including oral and topical medications.

What It Is: Tinea cruris, or ringworm of the groin, gets its nickname from the athletes who usually contract this fungal infection. It can be triggered by friction, heat, and prolonged exposure to moisture — including sweating. This fungus can also spread from athlete’s foot, usually via shorts or undergarments. It is more common in men and boys, but women can get it too.

How It’s Treated: In many cases, jock itch can clear up through self-care tactics such as keeping the skin clean and dry, avoiding confining clothing, and washing athletic clothes often. If needed, over-the-counter or prescription antifungal medications can also be used to treat the rash.If you think you might have a fungal skin infection, or have one that isn’t clearing up, turn to Olansky Dermatology & Aesthetics. Our caring providers can diagnose skin rashes and provide effective treatment to ease your symptoms. Book your appointment online or call us at (404) 355-5484.